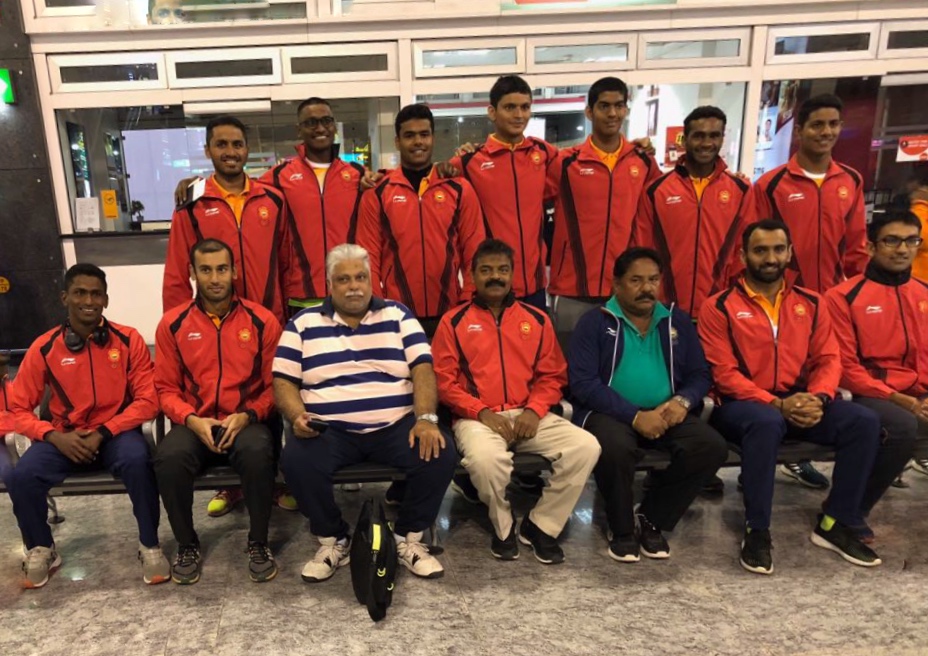 The 18th Edition of the Asian Games brought a lot of cheers for the Indian contingent. Sadly, the Swimming team slipped under the radar. The lack of a medal should not come to define the performance of our swim team.

Our performance in the pool has been dissected below. It is safe to say that here is a lot to celebrate and look forward to. Though there are no medals to show for it, this has been one of the best performances in the pool. We have to look no further than the past 5 Asian Games performances to know this for a fact.

We have attempted to quantify the final results by assigning a weightage to each of the positions. (Refer to the table). Therefore we have arrived at a Team India Swimming Score (TISS). The medal positions earn the highest points as they are a cut above the rest. The position from 4-6 show exceptional performance in the finals while positions 7 and 8 are worth recognition as well. 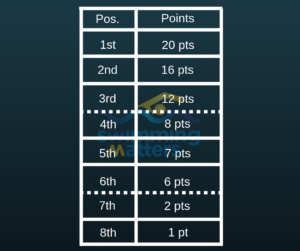 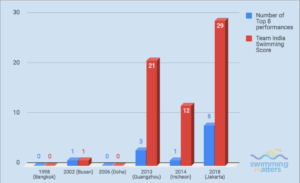 (The chart captures the number of “Top 8” {finals or Timed Heats over all} performances in individual events and the corresponding Team India Swimming Score (TISS). It compares number and quality of finals performances since 1998 to 2018)

The graph clearly shows that 2018 has been significantly better than the past 5 Asian Games. There has been a giant leap in the number of Top 8 performances and the Team India Swimming Score. 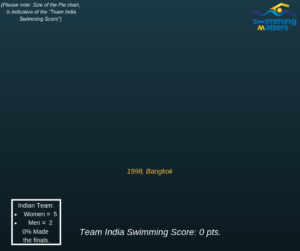 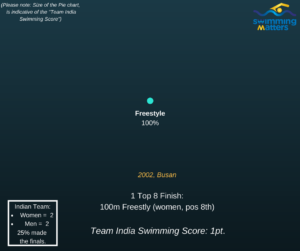 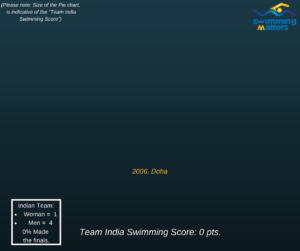 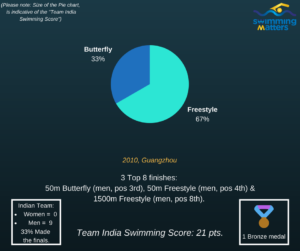 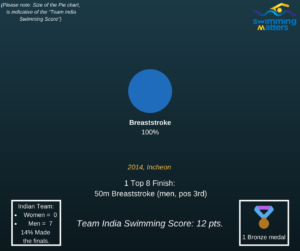 While Freestyle events have been a strong area in the past, we have seen better performances in all other strokes as well.

This is a growth pattern that is commendable and holds great promise. Apart from the seasoned swimmers making us proud, there are young swimmers on the block setting new Best Indian performances. The prospect of better performances and medals in future events is surely brighter than before.

STAND OUT INDIAN SWIMMERS FROM THE ASIAN GAMES (in order to their contribution to the Team India Swimming Score): 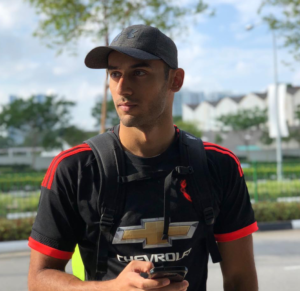 VIRDHAWAL KHADE OLY, 27: 2010 Asian Games medalist and veteran of Indian swimming who was making a comeback to competitive swimming showed good form again at the recently concluded Asian Games clocking two Best Indian Performances and making the Top 8 in Men’s 50m Freestyle and Butterfly. He finished 4th in the 50m Freestyle missing a Bronze medal by the narrowest margin of 1/100th of a second. Interestingly, with a time of 22.47 seconds in the final, he was just 0.36 seconds behind the gold medalist. That is about the same time it takes a human eye to blink. In the 50m Butterfly final he finished 8th. 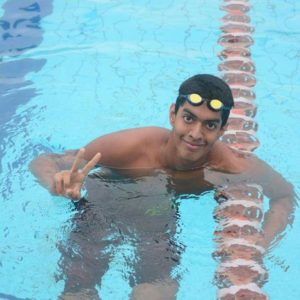 SRIHARI NATARAJ, 17: This teenager set 3 new Best Indian Performances and made Top 8 in two individual events – Men’s 100m Backstroke (7th place) and 200m Backstroke (6th place). While he is only 17 years of age, he has brought India on the map of Backstroke swimming. 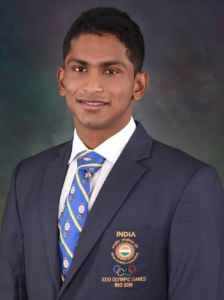 SAJAN PRAKASH OLY, 24: In the Men’s 200m Butterfly Sajan entered the finals in 3rd place. He went on to clock a Best Indian Performance time and finish a very creditable 5th place. He was only 1.99sec behind the bronze medal time. This is one of the best finishes for an Indian in this event after Khajan Singh Tokas won silver in 1986. 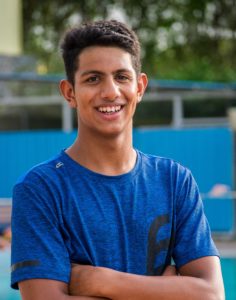 ADVAIT PAGE, 16: This teenager is another swimmer that Indians can look forward to over the coming years. He set one Best Indian Performance in the 800m Freestyle. He also finished in the Top 8 in the Men’s 800m Freestyle (8th place) and 1500m Freestyle (7th place). 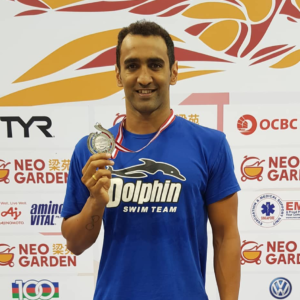 SANDEEP SEJWAL OLY, 29: 2014 Asian Games medalist in the Men’s 50m Breaststroke again made it to the Top 8 of the same event as he finished 7th in the final.

Below are the New Best Indian Performances recorded (including relays):

* The said time was recorded in the Heats and not the finals of the event.

These numbers clearly indicate that Indian Swimming is in-fact on an upward trajectory. We have more final / Top 8 appearances than before and 8 new Best Indian Performances to celebrate. As Indian swimmers shave seconds off of the Indian standards, they take a step closer to the international standards.

A young crop of swimmers with exceptional talent is the prospect ahead of us all. The correct steps and focused investments, NOW, will go a long way to assure greater success in the future.

(# Best Indian Performance: The best time clocked by an Indian swimmer anywhere in the world at an SFI recognized International competition. In India, ‘National Record’ is referred to the fastest time clocked at the SFI National meet.)