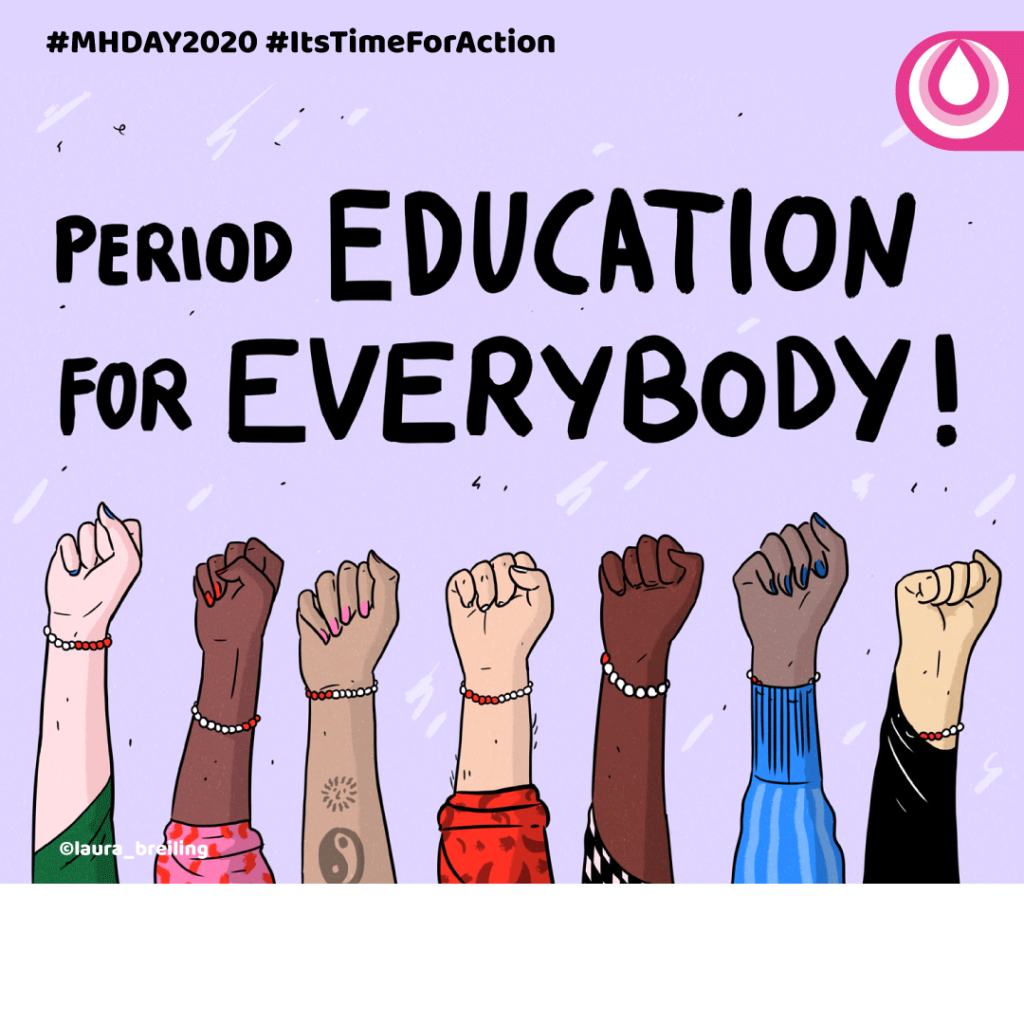 Swimming Matters joins hands with millions of women across the globe today to celebrate World Menstrual Hygiene Day. It is a day to break the silence, raise awareness and change negative social norms around periods and menstrual hygiene, especially among swimmers. It is time to step up and break long-held myths and stereotypes around periods and puberty, and enable a sensitive, inclusive environment for women to achieve their potential without being tied down to something that is only natural biology at work. We are excited to have a mother daughter duo – international swimmer Kenisha Gupta and her mother Pradeepti – sharing their thoughts on this subject. 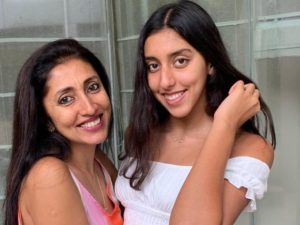 17 years old Kenisha Gupta has been a national medallist since the age of 9. With her mom Pradeepti Gupta by her side, she began representing India at international swimming meets a couple of years ago. Kenisha and her mom have always had the best relationship, and the support she has outside the pool has definitely reflected in her performance in the pool. For World Menstrual Hygiene Day, Kenisha and Pradeepti take head-on the topics of puberty, periods, body image and more with honesty, candour and dollops of wise, worldly advice.

Kenisha Gupta writes on dealing with puberty as a competitive swimmer, coping with body image issues and how we need to normalize discussions around periods

“Why should girls be the ‘victims’ of the changes that their bodies undergo? The word victim has such harsh and negative connotations. A common misconception is the idea that women are supposed to only take rest and do absolutely nothing while on their period. As an athlete, I disagree. While it is important to take recovery days when you’re feeling sluggish and fatigued, I support the concept of working out even while on your period. Menstruation and working out have a relationship that can be compared to mutualism. Of course, it won’t be the same for everyone. 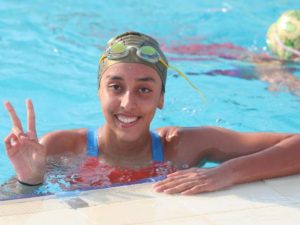 Exercise stimulates the body to release chemicals called endorphins which interact with receptors in the brain, resulting in the alleviation of pain and also producing a ‘feel-good effect’. In doing this, exercise helps mitigate even the worst period symptoms. In most people, the body perceives menstruation as ‘stress’ and stimulates certain stress responses. These responses include the production of hormones such as cortisol which could actually boost the ability to work out. Listen to your body, it knows how much it can handle! Remember that your period does not make you incapable, it makes you resilient.
Everyone, boys and girls alike, goes through puberty. Making girls less conscious and more comfortable with this process is a goal we should all strive to accomplish. ‘The period’ is rarely ever addressed. I fail to comprehend why people cannot normalise the discussion of ‘menstruation’. The absurd stigma lurking behind everyone’s perception of a period is ludicrous. The period should not be regarded as nasty, gross, or shameful when it quite literally is something that is out of anyone’s control. It is just how the female body is designed. Foster a positive culture and be sensitive.
Psycho-social issues related to the physical attributes of puberty are also a major problem in my eyes. Physical development is oftentimes seen as to spur objectification and body shaming. In a sport such as swimming, girls should not feel uncomfortable to wear swimsuits. In this case, social media and the Internet play such a critical role. Every day, we are comparing ourselves to people on the internet, without realising the amount of effort that actually goes into an Instagram post: from the posing to the editing and everything in between. Everyone is different. The ‘perfect body’ means different things to everyone. Rather than sitting around moping about how you wished you looked like that one girl on Instagram, focus on loving yourself and accepting the way you are.
Especially in the world of sports, what is often regarded as ‘ugly’ (being muscular or too tall for example) could possibly be a major supporting factor when it comes down to success in the sport. Not to say that if you’re not these things you can’t achieve the same level of success. It is important to understand your body and what works for you. For example, Matt Grevers at 6’8” ft and 109 kg and Ryosuke Irie at 5’10” and 62 kg were merely half a second apart in the 100 m backstroke at the 2012 London Olympics. If you don’t believe in working with what you have, you won’t reach very far. Start with acceptance and then take it from there.

Pradeepti Gupta, Kenisha’s mother on how to help children dealing with puberty, believing in the power of women, and more

When your kid takes up swimming at a young age, you never think of the things that will come up in the future. Your role as a parent is to be your child’s support system and basically be Google personified for them. 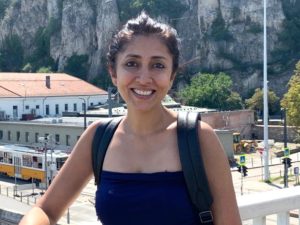 They should feel comfortable enough to share with you whatever they’re feeling and going through. With all the hormonal changes undergone during puberty, I feel like it is necessary to give your child some wiggle room. They need to come into their own and truly understand their emotions.
Kenisha’s first need was to understand what was happening. Once her curiosity was met, off she went. She grew up in an environment in which we (her family) believe that the woman is powerful. I am a strong believer in powering through challenges, and I think the same reflects in her.
Menstruation is not incapacitating in any way. Instead, it is empowering. ‘Periods’ is not a bad word. More awareness regarding composure and conduct needs to come in. Girls shouldn’t feel embarrassed about what they’re going through.
Previous PostWhat Kind of Swim Mom are you?Next PostHey Guys, Let’s Talk Periods!